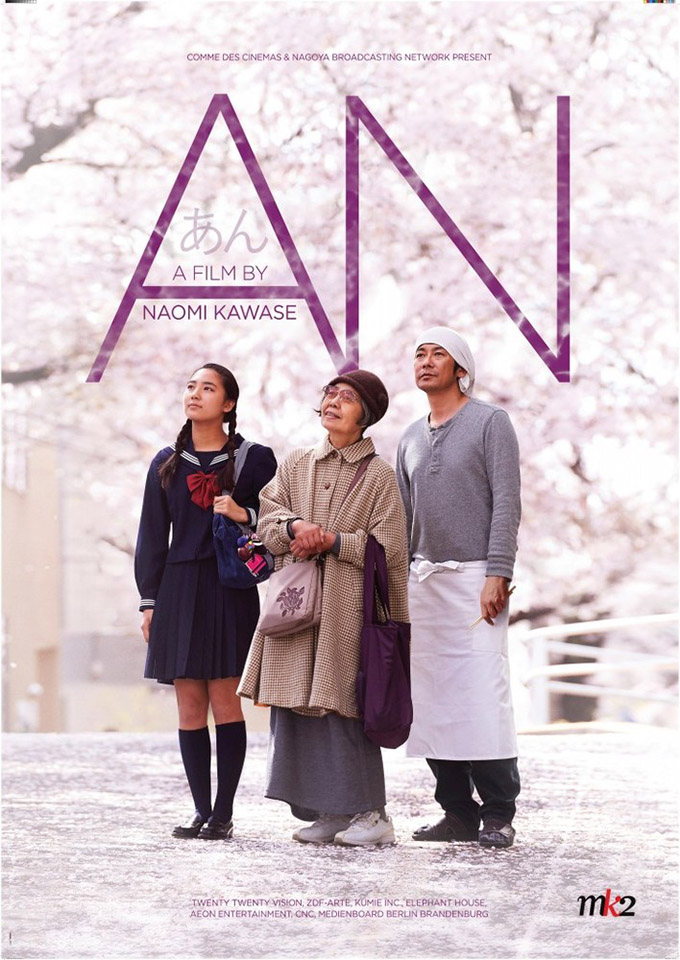 Cast: Nagase Masatoshi, Kiki Kilin, Uchida Kyara
Director: Kawase Naomi
Synopsis: “An” by Kawase Naomi tells a story about Sentaro (Nagase Masatoshi) - a struggling tiny Dorayaki stall manager and his life-changing encounter with Tokue (Kiki Kilin) - a 76-year-old Leprosy patient, as well as Wakana (Uchida Kyara) - a teenage schoolgirl who is close to him. Sentaro offered Tokue a job at his tiny shop after being moved and convinced by the taste of her An - which she appreciates a great deal. Just like how the red beans grew close in the pot, their relationship started to sprout in the tiny shop of Sentaro’s.