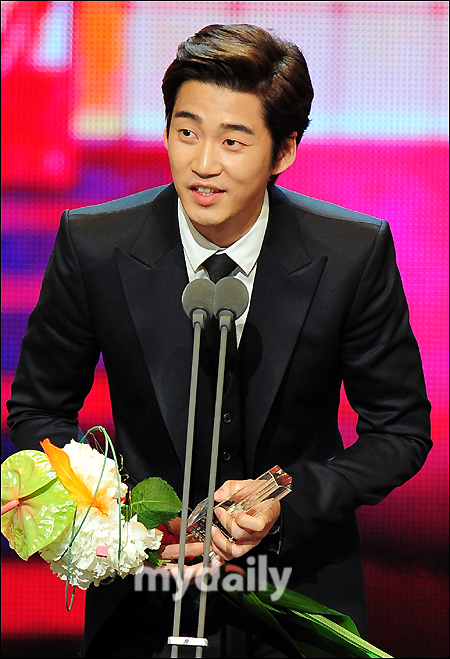 Yesterday was night of events ;O; (in S. Korea of course lol)
SBS Gayo Daejun and MBC Entertainment Awards.
Nothing to see on MBC Ent Awards to be honest LOL But six High Kick 3 casts won yesterday, Heechul won (HE SHOWS UP ON VTR OMG HEARTZ ATTACKZ)  and SuJu also won a special award, Leeteuk and Kyuhyun fly (LOL not really) from SBS Gayo Daejun event to MBC Ent Awards ^_^ Busy boys are busy.
I was hoping for Krystal to win something too (she was nominated in Sitcom/Comedy category) though but that's okay. TvT
Pictures of High Kick 3 casts and them receiving awards below :3
Yoon Gyesang, based on news articles he made a joke with "nongdam imnida" during his speech LOL his catch-phrase.

Go Youngwook, annoying Park Haseon boyfriend who shockingly made me sad when they broke up in the sitcom (oops spoiler) But he can be annoying…
1 comment
Read more
More posts